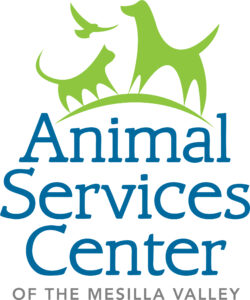 The Animal Services Center of the Mesilla Valley (ASCMV) was established in August 2008 through a joint powers agreement between the governing bodies of the City of Las Cruces (City) and Doña Ana County (County). This agreement establishes a mechanism for financing, operating, and maintaining a regional animal shelter and related facilities. The ASCMV is overseen by a board of directors made up of 3 City and 3 County officials. The ASCMV is led by an Executive Director, hired by the ASCMV Board of Directors. The authority and direction of the Executive Director is implemented by public employees hired by the Executive Director to operate the ASCMV. The City is the fiscal agent for the ASCMV.

The ASCMV is the only open-admission municipal animal shelter in the City and County and is an extremely high-intake shelter compared to similarly sized populations. The ASCMV is a progressive animal services center that provides the public with a variety of animal related services, with a focus on returning missing pets to their owners and finding new homes for those pets in need.

The mission of the Animal Service Center of the Mesilla Valley is to provide safe shelter for all lost, mistreated, and abandoned animals of the Mesilla Valley and surrounding communities. The ASCMV utilizes all avenues available to it in placing each animal into a safe, loving, and permanent home whenever possible. We strive to meet the highest standards of humane animal care and husbandry, and to promote responsible pet ownership through public education and outreach.